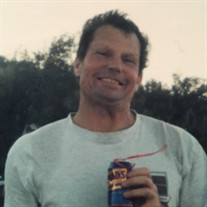 William Roy Graham Sr. was a much loved husband, father, grandfather and friend. He lived his life to glorify Jesus Christ, his Lord and Savior. He was born in San Diego in 1954 and was a gifted runner and talented artist from a young age. He overcame a challenging childhood, taking care of himself and putting himself through school to get his GED. He heard the gospel and accepted Jesus Christ as his Lord and Savior in 1977. The opportunities the military promised enticed him to join when he was 26 and he became a part of the Navy Special Forces. When he was 31, he married a cute, spunky, athletic blonde who captured his heart. Though Bill only wanted one child, and Kathy wanted none, God gave them five children within the first six years of their marriage. Bill worked in construction for many years, and after an injury, moved on to work as a network technician. After realizing the job kept him apart from his family too much, he quit and became self-employed. He worked in remodeling, tree-trimming, landscaping, surfboard making, and construction. He also did beautiful custom woodworking, doing everything he could to provide so Kathy could stay at home to raise and homeschool all of her children. He also was very involved raising his children, teaching them about Jesus and taking them on adventures with every opportunity he had. He was a very diligent father, husband, and provider. Although he stopped working when he was 55, his hard work didn't stop there. He continued to support Kathy in her work, not only re-excavating the entire Ranger track, but also maintaining the track, designing and constructing a cross-country course, and helping her recruit by traveling to high school races and talking with runners. He was also a servant-leader to her by cooking dinner for her and doing all the housework. Besides this, he invested much time working in his beautiful garden, going on bike rides, writing his book series: Nora's Seedlings, and buying things to bless his wife. He was extremely talented in numerous sports and hobbies at various times in his life including: design, sketching and art, surfing, running, pro-volleyball, fishing, and disc golf. He died on Tuesday, April 23rd, at his home in Ranger. He lived fully, loving Jesus and his family with all of his heart. He is survived by his loving wife, five children, six grandchildren, and his beautiful garden. If you would like to make a contribution to the family, please send it to Woodbridge church Attn: Graham Family Memorial. 1418 Loop 254 Ranger. He has fought the good fight, he has finished the race, he has kept the faith. Finally, there is laid up for him the crown of righteousness, which the Lord, the righteous Judge, will give to him on that Day, and not to him only but also to all who have loved His appearing. Will Follow

William Roy Graham Sr. was a much loved husband, father, grandfather and friend. He lived his life to glorify Jesus Christ, his Lord and Savior. He was born in San Diego in 1954 and was a gifted runner and talented artist from a young age. He... View Obituary & Service Information

The family of William "Bill" Graham created this Life Tributes page to make it easy to share your memories.

Send flowers to the Graham family.