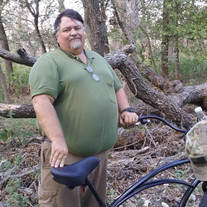 EASTLAND – Robert Tab Norris, 57 of Eastland, passed away Tuesday January 12, 2021 in Odessa. Visitation will be held at 1 pm Sunday, Jan. 17th, at Edwards Funeral Home followed by a 2 pm graveside service at the Eastland City Cemetery. Tab was born September 6, 1963 in Graham, Tx to Robert and Gail (Mace) Norris. He graduated from Grandfalls High School. He married Annette Casey on September 21, 2013 in Fort Smith, Arkansas. He was a rancher and a senior captain for Air Transport International. He earned his private pilot license at age 17 in Monahans, TX and his commercial pilot license at age 21 in Lubbock, TX. He obtained his ATP (Airline Transport Pilot) license in 1986 in Dallas. He also took engineering and cattle management classes to further his education and interests. He was a member of the Eastland Volunteer Fire Department and attended the Leon River Cowboy Church. He was a member of the Eastland Masonic Lodge and had his Amateur Radio License, advanced level. He loved life and lived it to the fullest with many other interests and hobbies. He was always willing to help anyone, no matter the issue, and would give his all till the problem was fixed. He was preceded in death by his father, Robert Frank Norris. Survivors include his wife, Annette Norris; 2 daughters, Karlie Elise Norris and Makayla Alana Norris; his mother, Gail Norris; 2 brothers, Timmy Reese Norris and Christopher Ted Norris and wife Julie; mother-in-law, Candace Casey; stepdaughter, Marissa Stephens; and many nieces, nephews, aunts, uncles, and cousins and many friends from around the world. Pallbearers will be; Tim Norris, Ted Norris, David Norris, Randy Wharton, Andrew Casey, Mike Sterling, Sam Williams, and Kelley Fron. Honorary pallbearers will be; Robert Mace, Larry Mace, and Gordon Woolam. Memorial donations in Tab’s name may be made to the Eastland Volunteer Fire Department, 414 S. Seaman St, Eastland, Tx 76448. Online condolences can be left at www.edwards-funeral-homes.com.

The family of Robert Tab Norris created this Life Tributes page to make it easy to share your memories.

Send flowers to the Norris family.