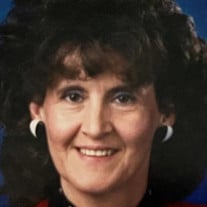 Nancy Barstow Mallory, 81, of Strawn, Texas passed away on May 20, 2021 after her third battle with cancer during her life. Nancy was born on August 18, 1939 in Magnolia, Ohio to Willis “Bill” Barstow and Delcia Johnstone Barstow. The family moved to Colorado following the father’s job as a coal miner. In 1961, she met Roger Henry while at college. They married, moved to Texas and had one son, David Henry, of Arlington, Texas. In 1977, she met the true love of her life, Hugh Mallory, a genuine cowboy and gentleman, foreman of the Stuart ranch in Palo Pinto County. They married and lived on the ranch, and Nancy worked at Ranger Hospital. They moved to Strawn in 1981 and renovated a house originally built in 1930. They bought the local flower shop and added a bakery. Nancy went back to school at Tarleton State University and earned both her bachelor’s and master’s degrees. She began teaching computer technology at Eastland High School. While there, she hosted a foreign exchange student from Czech Republic, with whom she still remained in contact. She later taught at various schools, served on the Strawn school board, and taught GED classes. Nancy lived for cooking; she loved to cook for family, friends, and neighbors. She would cater special events, bring meals to those in need, cook for the Strawn school’s faculty and produce wonderful holiday meal celebrations. Children from miles around looked forward to Halloween at Nancy’s, where they found traditional homemade popcorn balls, candied apples, and cookies. After retiring from teaching, she served as a cashier and host at the world-famous Mary’s Cafe in Strawn. There she enjoyed meeting patrons, and sometimes celebrities, from all over Texas and the USA. She continued her work there until the age of 80, when her health declined. Nancy was a tireless worker; she stayed busy helping the community. She coordinated coat and shoe drives, collected money for disaster victims, and served as an election official. She was very active at St. John’s Catholic Church. She also enjoyed traveling with her sisters all over the country and Europe, where she stayed with her former foreign exchange student’s family for a month. She was preceded in death by her parents, her brother, Michael Barstow, her husband Hugh Mallory, and her stepdaughter Rachel Mallory. She is survived by sisters Betty Lindauer, Susan Barstow, and Cindy Jane Turner; her son David Henry and daughter-in-law Terese. In lieu of flowers, please consider performing an act of kindness for a neighbor, an elderly person or someone else in need. That is what she would want. Services will be held 2:00 PM Thursday, May 27th at St. Johns Catholic Church in Strawn, followed by burial at Brad Cemetery. A visitation will be held 5-7:00 PM Wednesday, May 26th at Edwards Funeral Home in Strawn.

Nancy Barstow Mallory, 81, of Strawn, Texas passed away on May 20, 2021 after her third battle with cancer during her life. Nancy was born on August 18, 1939 in Magnolia, Ohio to Willis &#8220;Bill&#8221; Barstow and Delcia Johnstone Barstow.... View Obituary & Service Information

The family of Nancy Mallory created this Life Tributes page to make it easy to share your memories.

Nancy Barstow Mallory, 81, of Strawn, Texas passed away on May...

Send flowers to the Mallory family.