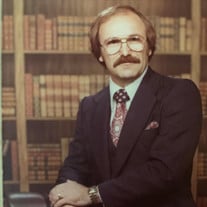 Michael Dean Puntney went to be with Jesus on Wednesday, June 16, 2021; his wife, Sandra Puntney and sons, Kevin and Kelton Hale were there surrounding him with love. Michael was born July 2, 1946, in Chicago, Illinois. He was raised in the Masonic Children’s Home in LaGrange, Illinois from age 5-18, where he made a lifelong friend, Joe Kabala. Michael proudly served in the Air Force from 1968-1972 as a Sergeant/Crew Chief, actively serving in Vietnam. The Air Force was where he made another lifelong friend, Clark Creber. Michael considered himself a proud Republican, loyal to his country and a proud patriot. He firmly believed in America and was never ashamed to tell anyone his stance on politics, God and country. He earned a Bachelor of Science degree from Texas Wesleyan College in 1974 followed by a Masters of Business Administration from the University of Dallas in 1976. During his academic career he made another lifelong friend, Bill Sumner. Michael and Sandra were best friends and were married April 23, 1983 in Fort Worth, TX. They shared so many memories together that Sandra will cherish as she transitions to her life without Michael. Michael’s career was in Long Term Healthcare. His passion was to show dignity, compassion and the best care possible for the elderly. He met difficult situations in the long-term healthcare field head on with the goal that all people including elderly needed to be cared for in a loving dignified way. He was an avid reader that consumed books his entire life. He was especially interested in historical and biographical books and loved sharing his knowledge about America, wars, history, and presidents with the younger generation. Very important on his reading schedule was the Bible. Michael read completely through the Bible countless times. Michael accomplished a lot in his short life including the difference he made in the lives of the elderly and the younger generation. He loved unconditionally those who struggled. At the end Michael wanted to know that he had done and accomplished all that his Lord had asked him to do. He began his active walk with Jesus in 1984 and was a strong believer that Jesus was his Savior and Lord. He belonged to Pleasant Hill Baptist Church in Cisco, TX. He is survived by his wife, Sandra Kay Wilson Puntney who considered Michael not only her great love but especially her best friend. He will be greatly missed by Sandra. He is also survived by his two sons, Kevin Hale of Cisco, and Kelton Hale of Cisco. Survived also by grandsons, Tristan Michael Hale of Loveland, Colorado and Brendan Bichard and his wife, Emily of Arlington. There are numerous nieces and nephews who loved Uncle Michael and his stories. There are also many great nieces and great nephews who knew him as Papa and who he claimed as his own grandchildren. The surviving Wilson Siblings will miss Michael. He was our brother. They are Jerry Wilson and wife Lydia of Houston, Herman Wilson and wife Judy of Wichita Falls, Jimmy Wilson and wife Carolyn of Cross Plains, Billy Wilson and wife Jo of Dublin, Linda Wilson Oates and husband, Larry of Plano, Joan Wilson Gerhardt and husband, Larry of Cisco and Janie Wilson McIntire and husband Marcus of Cisco. Memorials may be made to Pleasant Hill Baptist Church, P. O. Box 264, Cisco TX 76437 in Michael’s memory. A Celebration of Michael’s life and Memorial will be July 3, 2021 at Calvary Baptist Church in Cisco, TX.

Michael Dean Puntney went to be with Jesus on Wednesday, June 16, 2021; his wife, Sandra Puntney and sons, Kevin and Kelton Hale were there surrounding him with love. Michael was born July 2, 1946, in Chicago, Illinois. He was raised in the... View Obituary & Service Information

The family of Michael Dean Puntney created this Life Tributes page to make it easy to share your memories.

Michael Dean Puntney went to be with Jesus on Wednesday, June...

Send flowers to the Puntney family.