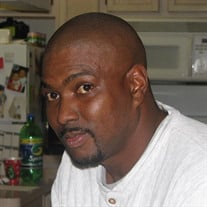 Kevin Hall Pollard took his final at bat on February 28, 2020; his sudden and unexpected passing in the top of the fifth has stunned his immediate family and community. Kevin took his first pitch on October 21, 1969 in Ranger, TX to Debra Pollard and raised by his stepfather John Jammer. Kevin grew up and attended spring training in Ranger and while attending Ranger High, Kevin was involved in numerous activities including Athletics, Student Government, Journalism and Spanish Clubs. After graduating from Ranger High, Kevin got called up to Southwest Texas State University in San Marcos, TX as a journalism major. A passion for sports has always been front and center in Kevin’s life; calling him a Dallas Cowboys fanatic is the greatest compliment and understatement that can be made about Kevin! His love for ‘Dem Boys’ was the definition of fan loyalty; he also was a passionate fan of the Texas Rangers and Dallas Mavericks. The love of all sports lead to a lifetime of participation, first playing for the Dodgers in Ranger’s Little League Baseball Association however he cemented his legacy in slow-pitch softball. First as a player or a coach for numerous Men’s and Coed(including the infamous Family Stones) league and tournament teams taking the field across the country however his greatest impact came as an ASA/USSSA umpire (channeling his inner Leslie Nielsen from Naked Gun). Working the softball fields across Dallas, Ft. Worth and all communities in between, Kevin(Frank Drebin) officiated games numerous weekday nights and almost every weekend; if there was ball to be played, Kevin(Frank) was there to call balls and strikes. His love of the game didn’t end with softball; Kevin officiated all ages of girl’s club volleyball as well as middle & high school girls volleyball; in addition to boys and girls league basketball. In the dugout, Kevin leaves to continue the game of life his mother Debra Pollard and stepfather John Jammer; a stepdaughter Destiny, a brother Eric Jammer and three sisters Shartay Simpson, Tamara Grant Jammer & Teresa Jammer, cousins Keisha Poellnitz, Jerry Jr. Poellnitz and Christopher Washington, uncles Oscar Pollard and Jerry Poellnitz, nieces Ta’Tyana Jammer, Dearies Malveaux, Maya Chaeli Ryan, Mariska Poellnitz, Aubreyonna Forgette, Princess Poellnitz, Jezebel Poellnitz & Marlee Simpson and nephews Tyii Poellnitz & Curtis Simpson , Jr. and the softball communities of Metropolitan Dallas/Ft. Worth.

Kevin Hall Pollard took his final at bat on February 28, 2020; his sudden and unexpected passing in the top of the fifth has stunned his immediate family and community. Kevin took his first pitch on October 21, 1969 in Ranger, TX to Debra Pollard... View Obituary & Service Information

The family of Kevin Hall Pollard created this Life Tributes page to make it easy to share your memories.

Send flowers to the Pollard family.