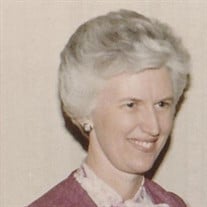 Kathlyeen Joann Jones Sublett, 80, wife of Pat Mahlon Sublett, died peacefully at home in the arms of her family on August 4, 2021. Born on May 12, 1941 in Mineral Wells, Texas, Joann was the only child of Ralph Lee and Sallie Orpah Catherine Slimp Jones. Joann was the precocious and only child of her beloved parents, Ralph and Sallie Jones. Joann never lacked companionship within the kinship of her immediate and extended family, including her cousin Sharon, who was like a sister to her. Joann attended school in Gordon, TX from the first through twelfth grade, and she graduated valedictorian of her class of 1959. After graduation, Joann moved into the Wharton-Scott House (Thistle Hill) in Fort Worth to pursue an associate degree in business. By 19 years of age, Joann had won the heart of Pat Sublett, the love of her life in 61 years of marriage. Pat and Joann were married a week after his release from the military on August 12, 1960. They held a small family ceremony at the home of her parents in Palo Pinto County. Pat and Joann lived briefly in Fort Worth, TX and Roswell, NM, before settling in Southern California. They were blessed in California by the births of two baby girls: Jill and Karen. While Pat commuted to downtown Los Angeles each day for his job with the Pacific Bell Telephone Company, Joann managed the household and cared for their young daughters. Pat and Joann moved back to Gordon in 1966 to be closer to her parents and to raise the young girls. Upon returning to Texas, Pat and Joann—along with her parents— became founding members of the Church of Christ in Gordon. Joann remained a faithful member of her church for the rest of her life. For decades she typed and duplicated the church bulletin, taught Bible classes, and was involved in nearly every church activity. In 1970, Pat and Joann purchased a small building that had been Tanner's Hardware. Joann quickly became the town’s "hardware woman", working six days a week, often by herself, in the new Gordon Hardware store while Pat remained at work. Joann did everything from threading pipe to providing advice on the right tool to use for an electrical project. Joann managed the store skillfully for more than three decades, and gracefully shared this responsibility with Pat after he retired. Fitting with her deep love and life-long kindness, “thank you” were the last clear words Joann spoke. She was a gracious and beautiful woman who had remarkable energy and skill to balance church, family, and work. Even in her later years, as her health declined, Joann remained grateful for God’s many blessings. Nothing made her happier than to be surrounded by her two daughters and nine grandchildren. She particularly looked forward to Thanksgiving when the family all gathered for the annual family photo Joann was preceded in death by her beloved parents, Ralph and Sallie Jones. She is survived by daughter Jill Coan and husband Steve of Colleyville, Texas; daughter Karen Mitchell and William of Irving, Texas; grandchildren Christopher Coan and wife Melanie; Grace Coan; Benjamin Coan; Joshua Coan; Caleb Coan; Will Mitchell; David Mitchell; Katherine Mitchell; and Lauren Mitchell; and many beloved nieces, nephews, cousins, and church family. Following a private family burial, a celebration of life will be held at Gordon Church of Christ, 608 E. Elm Street in Gordon, TX on August 21 at 1 p.m. In lieu of flowers, the family suggests that donations be made in Joann's memory to: Mission Printing c/o Gordon Church of Christ P.O. Box 283 Gordon, TX 76453 Pregnancy Help 4U 5857 Park Vista Circle Keller, TX 76244 https://www.myegiving.com/App/Form/4bf011ad-63aa-4ecd-8a2d-3e906ed0f36d Abilene Christian University: Pat and Joann Sublett Endowed Scholarship Gifts can be made online at acu.edu/give. To make the designation choose Select fund(s), then "Other," and type Pat and Joann Sublett Scholarship. Donations can also be mailed to ACU Box 29132, Abilene, TX 79699-9132 with a note that the gift is in Joann's memory.

Kathlyeen Joann Jones Sublett, 80, wife of Pat Mahlon Sublett, died peacefully at home in the arms of her family on August 4, 2021. Born on May 12, 1941 in Mineral Wells, Texas, Joann was the only child of Ralph Lee and Sallie Orpah Catherine... View Obituary & Service Information

The family of Kathlyeen Joann Jones Sublett created this Life Tributes page to make it easy to share your memories.