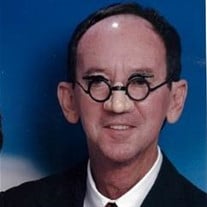 Missing in Action Vietnam Veteran Army Specialist 4 John (Jack) Ernest Tyson made it home from the war but recently went missing in action. He and Duncan, his partner of the last 14 years, have been seen making waves awfully close to swimmers, boaters, and boat docks on Lake Leon on his red Wave Runner. Drivers, parked cars, and fences in Ranger lived in fear of his red pick-up truck especially when Duncan was driving. He can be easily identified by his gruff voice, Vietnam Veteran’s baseball cap, and proclivity for the color red. He was a fan of convenience and ingenuity as evidenced by his early version of the Yeti cup (a red solo cup inside a Styrofoam Chicken Express cup) and his love of Velcro watches and shoes. His life was filled with Joy(ce)s including his mother, wives, and daughter. As a child of a child of the great depression, he never threw anything away and could quite possibly have simply gotten lost while looking for something in one of his containers. When asked where they thought he could be found, family members offered many different possibilities. His younger (by many years) sister Boogie Tyson said he might be volunteering at Big Brothers Big Sisters because he was just a big brother who was always puttering, repairing cleaning, cooking, and even sewing as needed. But don’t cross him because, for a man without a voice, he could sure scream at you if you forgot your life jacket or distracted Duncan. His son Army Specialist 4 John Ernest Tyson, Jr CPA opined that one should look to the sky as Jack got his pilot’s license to overcome his fear of flying. Both enjoyed the great blue yonder until the great tornado of 2007 flipped their Cessna 172 on the tarmac at Arlington “International” Airport. Apparently landing upside down totals an airplane even if it looks perfectly fine. John’s wife Air Force Master Sergeant Leslie Collins Tyson B.T.E. looked in the pantry in case he was searching for one of his “noodlehead” grandsons Jace and Josh. His daughter Joyclyn Elise (Lisa) Tyson Wicks, M.D. P.A. called the producers of the Nanny 911 TV show to see if he was on set as an early childhood development advisor because he was the only person that would take all four grandchildren as toddlers and infants by himself on adventures to McDonald’s, Lowe’s, and Walmart. He might have gone to mow the lawn at Lake Leon and discovered the battery on the mower was dead, so he would have had to go to Eastland to get a new battery which might have taken going to 2 or 3 stores, only to break the connector when trying to replace the battery which would require another trip to town, and so on and so on suggested son in law Russel Dean Wicks O.B.R. Granddaughters Bailey and Ayden are sure he is helping the curator at the Perot Museum digging up dinosaur bones or traveling with the “Walking with Dinosaurs” show repairing animatronic dinosaurs. Oldest granddaughter, Christen Wicks McGowan, her husband Blaine, and their children Logan, Alyssa, and Frankie assumed he went to the grocery store for more Blue Bell Vanilla ice cream. They were all surprised that he survived the Blue Bell ice cream recall of 2015 and know that he will go to great distances to find it. You can choose to believe any one of the preceding possibilities or that he passed away peacefully in the early morning of April 18, 2019. He was preceded in death by his wife, the love of his life and mother of his children, Joyce Irene Schick Tyson and his parents Navy Ensign Ernest C. Tyson and Joyce Yvonne Krafczik Tyson. He is survived by all of above. Services will be held at Eastland City Cemetery on Monday, April 22, 2019 at 1:30pm and provided by Edwards Funeral Homes. Wear something red to celebrate his life. In lieu of flowers please donate to the Alzheimer’s Association, the Veterans of Foreign Wars, or the American Cancer Society.

Missing in Action Vietnam Veteran Army Specialist 4 John (Jack) Ernest Tyson made it home from the war but recently went missing in action. He and Duncan, his partner of the last 14 years, have been seen making waves awfully close to swimmers,... View Obituary & Service Information

The family of John Ernest "Jack" Tyson created this Life Tributes page to make it easy to share your memories.

Send flowers to the Tyson family.