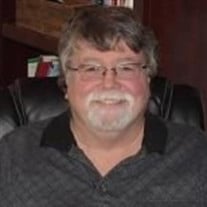 Gordon Neil Woolam, 68, of Eastland passed away on Sunday, June 27, 2021, in Eastland, Texas. Visitation will be on Wednesday, June 30, 2021, from 4:00 p.m. to 6:00 p.m. at Edwards Funeral Home, Eastland, Texas. Services will be held at 10:00 a.m. on Thursday, July 1, 2021, at the First Baptist Church in Eastland, Texas followed by a firefighters’ ceremony at Maverick Stadium. Burial will follow at Mont Meta Memorial Park in San Benito, Texas, Saturday, July 3, 2021, at 2:00 p.m. Gordon was born in Harlingen, Texas to William Jesse Woolam and Naomi Latrill Dawson Woolam in 1952. He married Patricia Irene Beall in College Station, Texas, on January 31, 1981. They moved to Eastland, Texas, to begin their 40 years of marriage in February 1981. Gordon graduated from San Benito High School in 1970. He began his collegiate career at North Texas State University and later attended Dallas County Community College. He graduated from Stephen F. Austin State University in 1977 with a bachelor’s degree in biology; and graduated from Texas A & M University in 1980 with a master’s degree in plant pathology. Gordon began his career with the Texas Agricultural Extension Service in 1981. In 1983, he began and operated Gordon’s Pest Control for 37 years. Gordon taught biology and microbiology for Ranger College since 2011. Gordon is a member of the First Baptist Church in Eastland. He is also a member of the Eastland Lions Club for more than 35 years and helped with many community fundraising events with the Lions Club. He is an active member of the Eastland Fire Department for over 35 years, serving as Treasurer and Assistant Chief. He is preceded in death by his parents, W. J. Woolam in 1973 and Naomi Woolam in 2007. Survivors include his wife, Patti Woolam; daughter, Leah Woolam of Kyle, Texas; brother, Bill Woolam and his wife, Mary, of Arlington, Virginia; sister Eileen Storey and her husband Mike of Corpus Christie, Texas; and three nephews, Jonathan Storey and wife Kimberly of Corpus Christi, Texas, Landon Storey and his wife Katie of Nashville, Tennessee, and Patrick Storey and his wife Gabrielle of Columbia, South Carolina. Memorial donations in Gordon’s name may be made to the Eastland Volunteer Fire Department, 414 S. Seaman St., Eastland, TX 76448.

The family of Gordon Neil Woolam created this Life Tributes page to make it easy to share your memories.

Gordon Neil Woolam, 68, of Eastland passed away on Sunday, June...

Send flowers to the Woolam family.