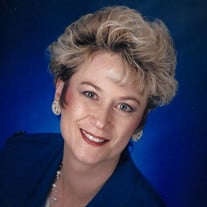 EASTLAND – Deborah Kay St. George, 70, passed away Thursday April 28, 2022 in Ranger after a lengthy battle with Dementia/Alzheimer’s disease. A memorial service will be held at a later date at the First Baptist Church in Eastland. She was born August 29, 1951 in The Dalles, Oregon to Gene Reynolds and Nadyne Kellogg Reynolds. She married George M. St. George on September 23, 1972 in Minnehaha, WA. The following Spring they moved to the Boise Idaho valley where she began a career in the wholesale food industry, leading 15 years later to a transfer to the Spokane Valley where she worked for her Uncle’s company's, Ness and Company, NW Food Brokers,. Eventually leading to a position as an equipment buyer for URM Foods in Spokane, WA for 23 years until her retirement in 2016. In her spare time Her passion was riding and caring for her horses. Debbie was well loved by everyone who knew her. She would light up a room by simply being there! Always looked for the bright side of everyone. She was survived by her Husband of 49+Years, step daughter Shelly St George Kemp of Milwaukee, Oregon. Grand daughter Rebecca St George Haffner of Meridian, Idaho, Grandson Mason St George of Nampa Idaho 2 sisters, Julie Reynolds Nichols, and Shelly Reynolds Wacker of the Dalles, Oregon, and a brother Mark Reynolds of Hood River, Oregon, Numerous nieces and nephews, was preceded in death by Stepson Jeffrey M. St George in 1994. She will be missed by everyone who ever knew Her! She was a member of the First Baptist Church in Eastland.

EASTLAND &#8211; Deborah Kay St. George, 70, passed away Thursday April 28, 2022 in Ranger after a lengthy battle with Dementia/Alzheimer&#8217;s disease. A memorial service will be held at a later date at the First Baptist Church in Eastland. She... View Obituary & Service Information

The family of Deborah Kay St. George created this Life Tributes page to make it easy to share your memories.