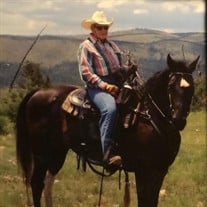 Billye B. Sinclair was born on November 19, 1932 in Strawn, Texas. Her father was William Barnes Sinclair; her mother was Ina Mae Sinclair. She had three sisters – Edith, Norma, and Ellen. They lived at Hohertz Oilfield Camp where William was employed. Billye never had children of her own but she was the beloved “Aunt Billye” to 8 nieces, 1 nephew, plus 6 grand nephews and 5 grand nieces, most of whom were able to spend hours if not weeks and months living with her and learning from her. Billye played many sports while growing up and during high school. Before she graduated from Strawn High School in 1950 with the other 13 graduates, she had been a cheerleader, played softball and basketball. Shortly after high school her mother learned that Billye had been riding bulls. Since Billye was only 5’4 ½” tall (she always made sure you knew about that HALF inch!!), her mom was sure Billye would be injured in the rodeo arena. So she sent her off to live with her two older sisters in Midland, Texas. Billye found work there as a production clerk for an oilfield company. In 1967 she started Rebelee Kennels. Then in 1970 she met the love of her life, a wonderful, energetic redheaded schoolteacher named Sandy. Sandy joined Billye at the kennels and soon they together owned Rebelee Kennels and Stables. They could house 100 cats and dogs, and board 35 horses. Sandy taught riding classes to children in Midland while Billye became an excellent dog groomer. For about 13 years in the early 1970’s they also showed dogs. During this time they had five AKC Champion Brittany Spaniels, five AKC Champion Smooth Fox Terriers, and three AKC Champion Standard Collies. Billye was also well known for her bowling skills; she played on bowling leagues for many years. Also, Texas had a semi-pro softball league of which she was a member. Many of you knew Billye later in life and remember her as a rancher. Billye and Sandy bought a 250-acre ranch in Rising Star, Texas in 1983 and started to slowly make it their own. They finally sold their kennels and stables in 1995 and moved to the ranch full-time. There they raised cows, sheep, goats, and of course had all of their beloved dogs. By the time they sold this ranch in 2013 they had grown it to 550 acres. In 2013 they moved to Billye’s final home in Sidney, Texas. There Billye and Sandy share a beautiful home on a smaller ranch, but they still have horses and several spoiled dogs and cats. They are both active members of TETRA, a Texas horse trail riding group, where they’ve met many friends. In lieu of flowers, donations can be made to: Comanche All Pets Alive (CAPA) 817-845-2169 104 Trevino Street Comanche, TX 76442 [email protected]

Billye B. Sinclair was born on November 19, 1932 in Strawn, Texas. Her father was William Barnes Sinclair; her mother was Ina Mae Sinclair. She had three sisters &#8211; Edith, Norma, and Ellen. They lived at Hohertz Oilfield Camp where... View Obituary & Service Information

The family of Billye Sinclair created this Life Tributes page to make it easy to share your memories.

Send flowers to the Sinclair family.