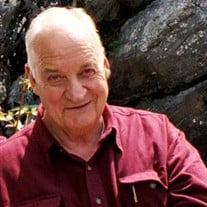 Bill Herod was born on February 11, 1933 to Horace and Lillian Herod, the youngest of four boys. He is now resting with them having left this life on June 19, 2021. He grew up in Albany, Texas and served in the Army during the Korean War. He received his degree from Tarleton State University. He met Sandra Kennedy at Abilene Christian College and they married in 1958. They settled in Ranger and they had three children. Bill was a businessman: he raised Hereford cattle, produced oil and gas, bought and sold real estate and told lots of jokes (and told them well). In 1966, he and Sandra purchased the Western Auto store in Ranger. He later served as executive vice president of Ranger Savings until he left banking in 1978 to focus on oil and gas and real estate. Bill was a member of the Daugherty Street Church of Christ in Eastland where a memorial service will be held on June 22 at 2:00 p.m. He had previously served as a deacon in the Mesquite and Rusk Street Church of Christ in Ranger. He was a past member of the Ranger ISD School Board. Bill was preceded in death by his parents and his three brothers: Erman Herod, Dell Herod, and John Herod. He is survived by his wife, Sandra, and his three children and their spouses: Diana and Jim McCullough, Steven and Lesa Herod, and Vicki and Michael Gloff; his grandchildren: Amy Slagle, Keri Click, Katy Allard, Lora Smith, Leah Herod, Reagan Herod, Evan Herod, Colton Gloff and Weston Gloff; and thirteen great-grandchildren. You can honor the memory of Bill Herod by telling a joke, by doing something kind for your neighbor, or by making a gift to the Foster’s Home For Children (https://www.fostershome.org), the Ranger Fire Department, or other charity of your choice. The family would like to thank Darrell Fox and the Ranger EMS/Fire Department, and the nurses, doctors and staff of the Eastland Memorial Hospital for their kindness and care of Bill in his last days. The family would also like to thank Mike Noth of Ranger for the daily Christ-like kindness he has shown to Bill over an extended time.

Bill Herod was born on February 11, 1933 to Horace and Lillian Herod, the youngest of four boys. He is now resting with them having left this life on June 19, 2021. He grew up in Albany, Texas and served in the Army during the Korean War. He... View Obituary & Service Information

The family of Billy Ray Herod created this Life Tributes page to make it easy to share your memories.

Send flowers to the Herod family.