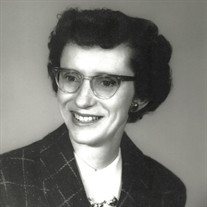 Eastland – Anna Murray of Eastland, Texas and Midland, Texas passed away Friday, May 6, 2022 in Eastland, Texas. Graveside services will be at 12:15 PM Monday, May 9, 2022 in Carbon, Texas at the Murray Cemetery. Directed by Edwards Funeral Home. Anna was born February 22, 1921 in Carbon, TX. She was the daughter of Elbert and Pearl Rhyne Snodgrass. A graduate of Carbon High School in 1939 and worked at the Ranger Tax office with FDR’s National Youth Association in 1940. She married Sam C Murray October 18, 1940 at the Carbon Methodist Parsonage, he passed on March 10,1994. They moved to Midland, where she attended Midland Business College and worked for J.C. Penny Co. in the accounting department for ten years. In 1964 she was office manager for Mid-Tex of Midland. While in Midland she was the treasurer of the Woman in Construction and of The Business and professional Women’s Club. Anna also served on the board of Planned Parenthood, was Secretary of her Methodist Sunday School class as well as served as the secretary of the Eastland County Democratic Party, then was a delegate to the state conventions for eighteen years. Anna was a lifelong Yellow-Dog Democrat working on behalf of woman’s rights. She worked at the Eastland H&R Block tax office for twenty-two years, was a treasurer for AARP and a member of St. Luke’s United Methodist Church. She was deeply loved and was extremely devoted to her family. Ann loved reading autobiographies, poetry and collecting cookbooks. She always made time to feed the birds and shared her life with her beloved cat – Dagger. She was preceded in death by her parents, husband, sister, Lottie Fox and two brothers, Harold Snodgrass and Bennie Lee Snodgrass. Survivors include son, Sonny Murray of Reno, Nevada; daughter and son-in law, Patricia and Don Hagler of Atlanta, Georgia; sister, Tracy of Mesquite, Texas; grandson, Michael Murray Hagler of Atlanta, Georgia; granddaughter, Lindsay Murray of Portland, Oregon; and a great grandson. Memorials may be made to Carbon Cemeteries fund, P.O. Box 424, Carbon, Texas 76435.

Eastland &#8211; Anna Murray of Eastland, Texas and Midland, Texas passed away Friday, May 6, 2022 in Eastland, Texas. Graveside services will be at 12:15 PM Monday, May 9, 2022 in Carbon, Texas at the Murray Cemetery. Directed by Edwards Funeral... View Obituary & Service Information

The family of Anna F. Murray created this Life Tributes page to make it easy to share your memories.

Send flowers to the Murray family.